The Metal Roof is Almost Finished! 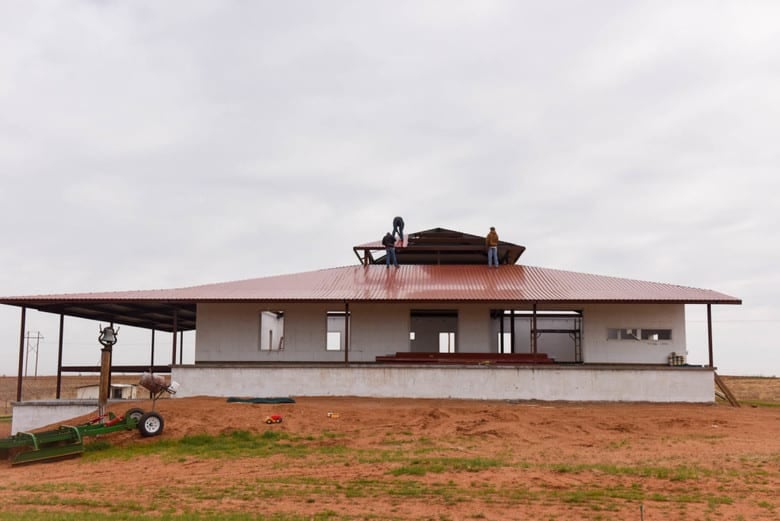 For a chronological listing of our building projects with ICF (or insulated concrete forms), be sure to look through the ICF Building Index. As you can imagine, the landscape around the vineyard has really changed with the addition of the steel roof structure, ICF walls and metal roof of the house. While the roofers are not quite finished, there are only a few pieces of metal left to put on. I am normally a very decisive person and when I am indecisive, it bugs me! For me, the decision of the roof color was not an easy one! I could not decide between silver or rustic red. You might wonder what the big deal would be but, you must remember that we live in west Texas where it is flat, flat, falt. That means that our house will be seen for several miles! Several people have told us that the beauty of living in west Texas is that if your dog runs away, you can still see him for two weeks! The barn roof is rustic red and I do like it, especially combined with the yellow EIFS (exterior insulation finishing system) which has the look of stucco. But, is that what I want for our home? I certainly didn't want it to look like a barn - I am going for the Tuscan look! After going back and forth between the two colors, I decided it must not be that important and we would just go with silver. After all, it is much more reflective which will help with heating and cooling costs - my practical side won. With that decision made, I announced my decision to the family who had left it up to me. What do think they said? They thought that red would look better and that was John's preference so, red it is! Somehow, I missed getting a picture of the progress after the first day but here it is after the second day of work. Looking at the house, the left front corner is not done and neither are the back corners or the cupola. In the evening sun as the sun is setting, the roof has a much deeper color appearance. 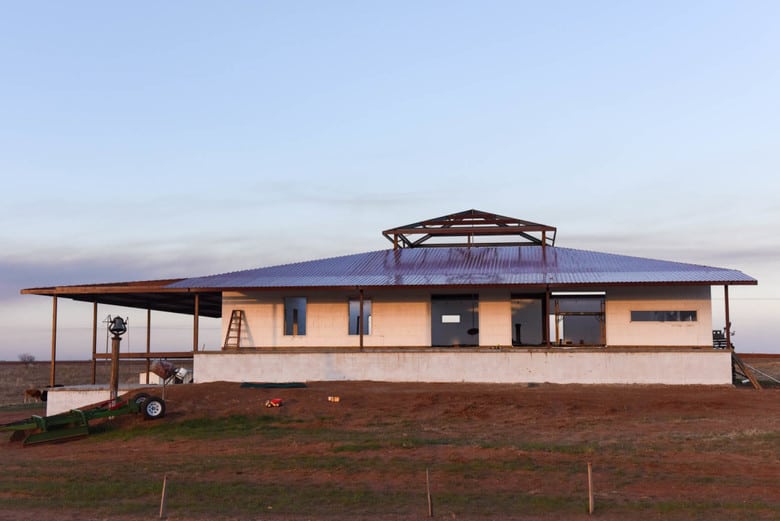 The first picture that you have already seen shows how the house looks this morning before the roofers come back to finish. But, here is another angle from farther away and it is easier to tell the roof is red! 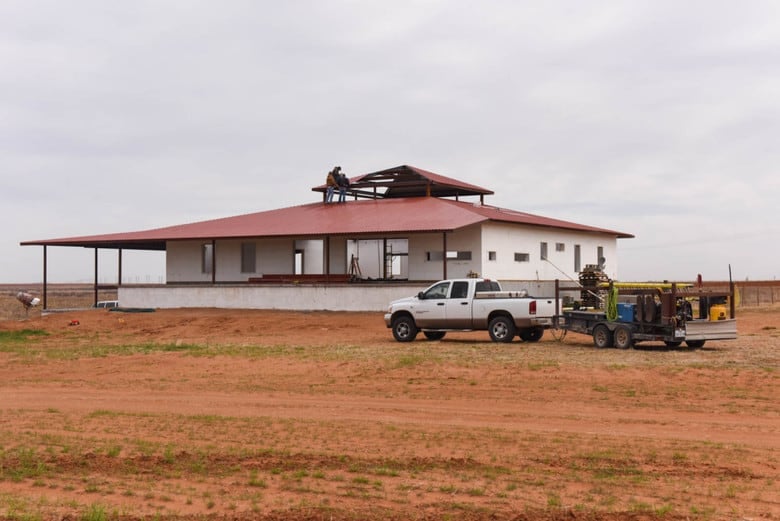 You might remember in preparing to stack the ICF blocks that the temporary Thermo Plastic Olefin (TPO) roofing on the basement was rolled back out of the way - leaving the sub-flooring exposed. So, with rain in the forecast again, Sunday afternoon was spent by John and the older boys weatherproofing the house. To do this, the plastic was rolled back over the sub-flooring, boards screwed to the underneath side and then the boards were screwed to the ICF walls. In anticipation of this part of the expansion, John had put drains to funnel any rain (that made it through the open windows) in place. Now, if rain is blown inside, it will run down the plastic and go through the drain pipes to the outside. So, hopefully, there will not be any water leaks this time! As you might imagine, after crawling around under that plastic, they were a dirty, dusty group! 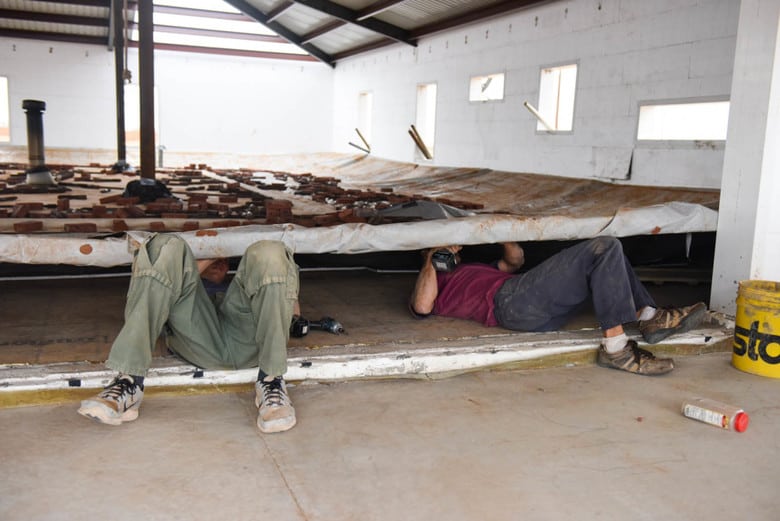