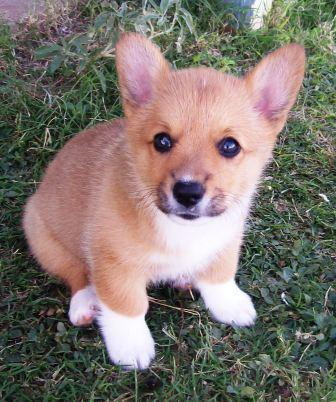 I would like to introduce you to a new member of our family. Her name is Squiggles and she is a Pembroke welsh corgi. If you have been stopping by for a while, you will remember that we have 2 corgis, Sophie (a tri colored) and Scruggs (a red and white). They had a litter of puppies born Aug. 4 which had 3 males and 1 female. Squiggles is that female and the only red and white like her father. With Sophie almost 8 yrs old, I would really like to have one of her puppies when she is gone. That is a sad thought because she is such a good companion. After tangling with a coyote several months ago though, she has really aged. So, as of this writing, we are keeping Squiggles. 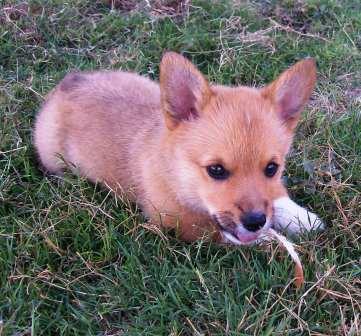 Like all puppies, she loves to play. That looks like a chicken feather in her mouth and it is. But, she did not kill the chicken or even pluck it. The feather was just in the yard and she found it because after all, it was a toy waiting to be played with! She is almost 8 wks old and already has a personality like her mother. When she does not like something, she pouts. Sounds like children doesn't it? I started crate training her. Crate Training is a great way to housebreak a dog. Once trustworthy, we get rid of the crate. To start, you need a crate just large enough to give the puppy room to turn around in and sleep comfortably. Dogs do not like to go to the bathroom where they sleep. If the crate is too large, and ours is, I put a box at the back to make the puppy area smaller and as the puppy grows I simply decrease the box size. As long as you are playing with or monitoring the puppy, she can stay out of the crate. The crate is her bed and where she sleeps. You need to be disciplined to take her out at regular intervals for a bathroom visit. (Again, sounds like children and potty training!) If she has an accident, she goes in the crate. (This does not sound like child training - I don't  use a crate for them!) 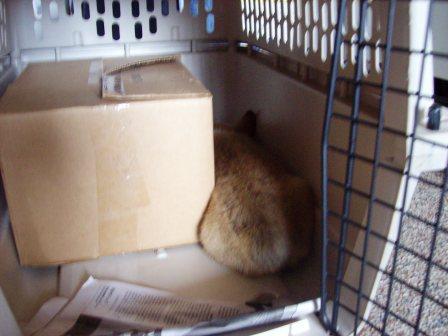 Saturday was Squiggles first day of crate training and she did not like being put in the crate. She whinied and complained while we were eating breakfast. We even moved the crate so she could see and be near us during breakfast. The whining continued. Finally, she quieted down and we looked to see why. She had turned, with her back to us, wiggled her head between the box and crate, pouting! I think I need a different box. Dogs can certainly have funny personalities - just like people!.