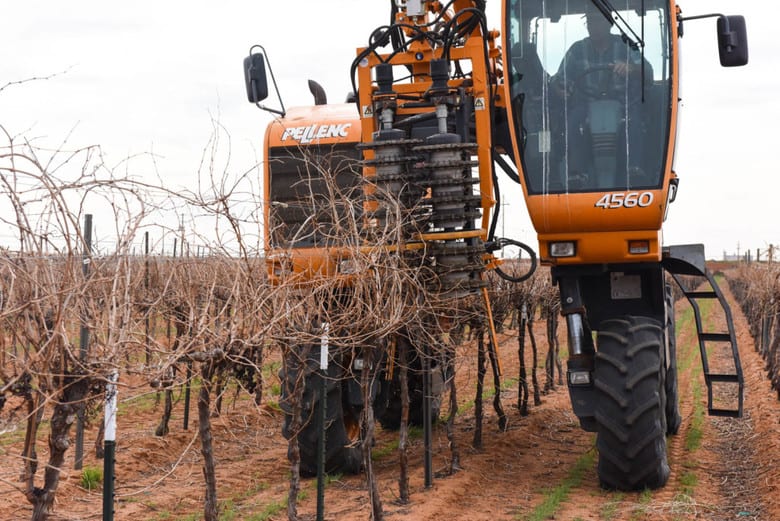 It is time of year again and we have already begun pre-pruning the vineyard and even finish pruning it! When we purchased our Pellenc 4560 grape harvester, we also purchased a pre-pruner attachment. This means pre-pruning the vineyard is done mechanically and saves us a lot of time. The pre-pruner cuts the vines down to the desired height, removing and mulching the excess vine growth from the wires as it goes. The pre-pruning attachment is designed to fit onto the front of the Pellenc and counter weights and bracket are attached to the back to keep the whole machine properly balanced. The picking head which is used during harvest has been detached and will be stored in our barn until the fall. The Pellenc rides over the row of grapevines with the two stacks of cutting disks on either side of the posts and wires. The wires that hold the canopy of canes pass in between the cutting disks without being snipped. The Pellenc pre-pruner works like a set of hand clippers cutting through the vine wood rather than high speed saw blades which gives very clean cuts that are easier on the vines. Below, you can see a vine before being pre-pruned. Last year's growth is very prolific and if we had to cut and pull all the shoots out by hand...let's just say, it would take forever and a day! 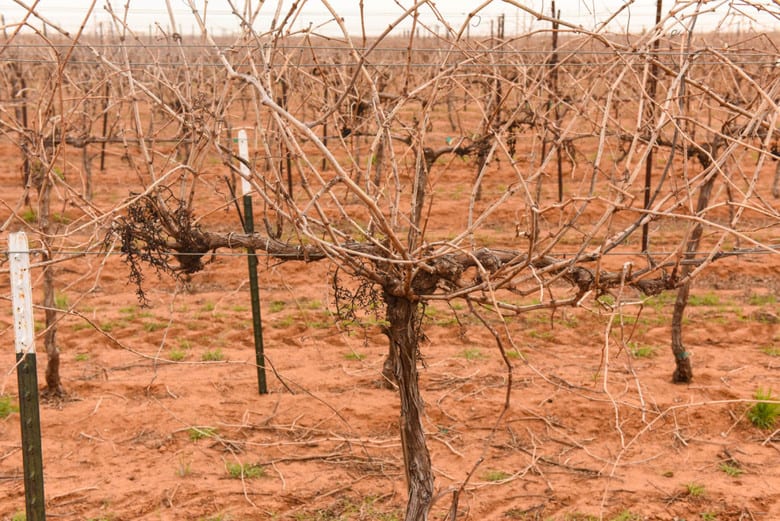 John drives the Pellenc with the pre-pruner attached at speeds of 1-2 miles per hour while the inter-meshing blades do their work cutting and mulching the excess vine growth. He can adjust the height of the pruning heads from inside the Pellenc cab. For our vineyard, we leave about 4-6 inches of spurs coming out from the cordon (the main horizontal part of the vine). As the pre-pruner approaches the 6 ft high Tee-posts (which hold the vertical shoot positioning wires) it opens and closes automatically without missing a cut. This is done by the orange colored wheels in the pruning head that push the blades apart so they don't try to cut off our metal posts! Because they open only enough to avoid the posts, very few vines are missed. You can see a pre-pruned vine in the photo below. 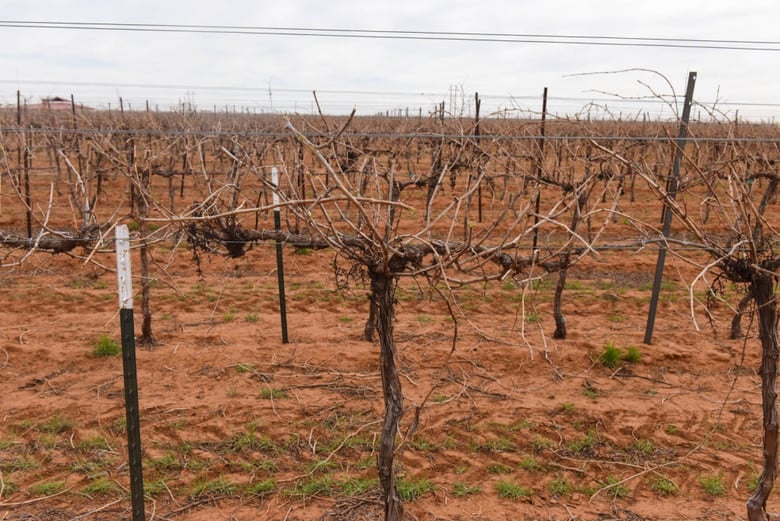 At this point, we would normally begin hand pruning or finish pruning. But, this year, we have a new toy which will make our pruning go twice as fast! Meaning, instead of 2 - 2 1/2 months of pruning, we will now have 1 month of pruning! But, I will tell more about that next time!