We are expanding the vineyard and adding 5 more acres! Planting Grapevines 2017 gives us a total of 37 acres of grapes. Planting Grapevines 2017 holds a new variety for us - 4 acres of Albarino. Albarino is most known as a grape from Spain but it is also grown in Portugal. We also added an acre of Roussanne which is a French white. A lot of prep work is done before we actually begin to plant. First, we borrowed another grape grower's tractor with GPS. After all, it is nice to have straight rows! We also rented a planting rig (blue in the photo below) that would allow for planting two rows of grapes at a time. With only 5 acres to plant, it is less stressful and more fun to plant one row at a time. 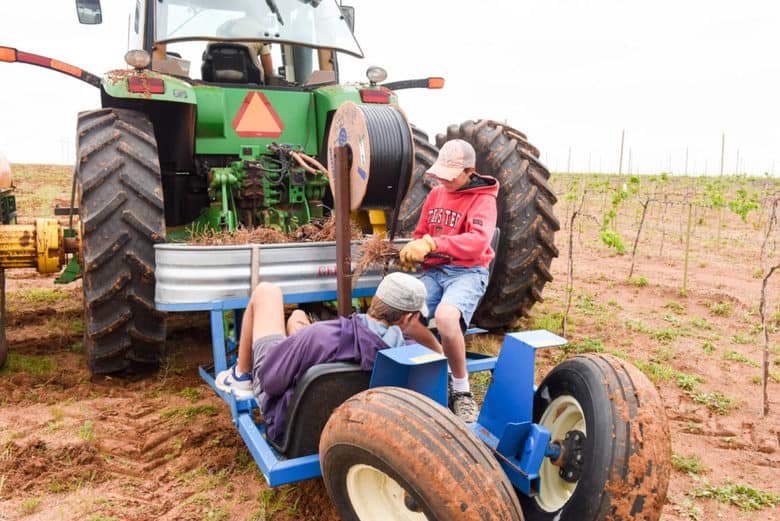 The planting rig has a cutting blade on the bottom which breaks the furrow for the vines to go into.

The night before, John and the boys marked where the vines were to be planted. The rows will be based on GPS and the plants will be planted on these marks. 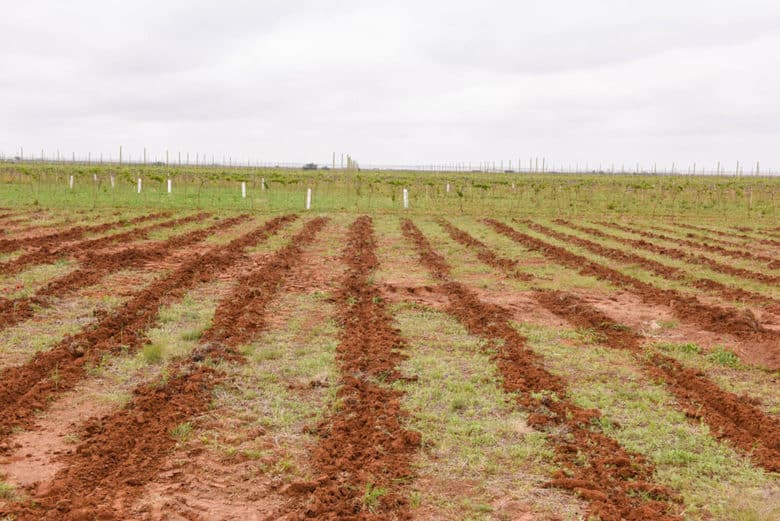 The two large boxes of vines were delivered on Thursday, you can see one of them below. Even though the box looks terrible, the vines were kept safe inside a plastic bag packed with moist sawdust to keep them from drying out. 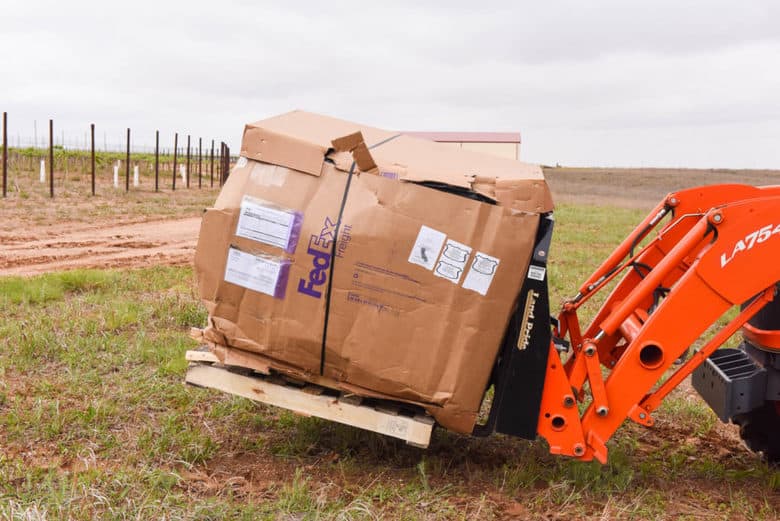 The vines are bundled in bunches of 25 vines and banded together. 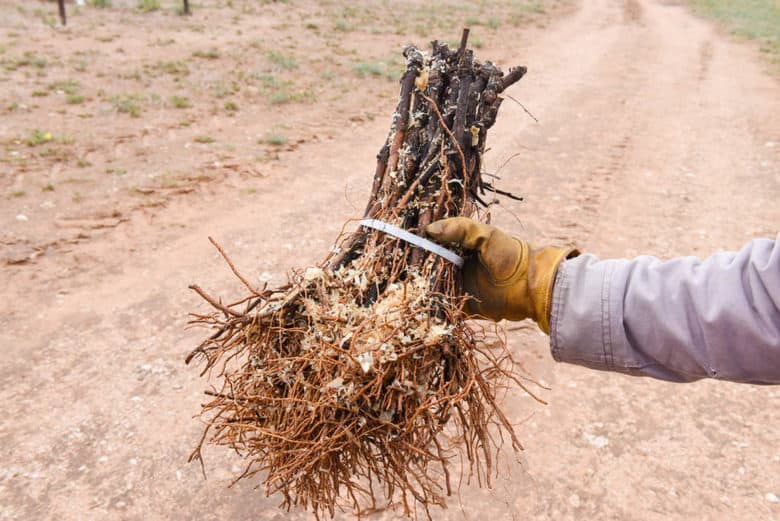 Below you can see a single vine which looks like a stick with roots on it. 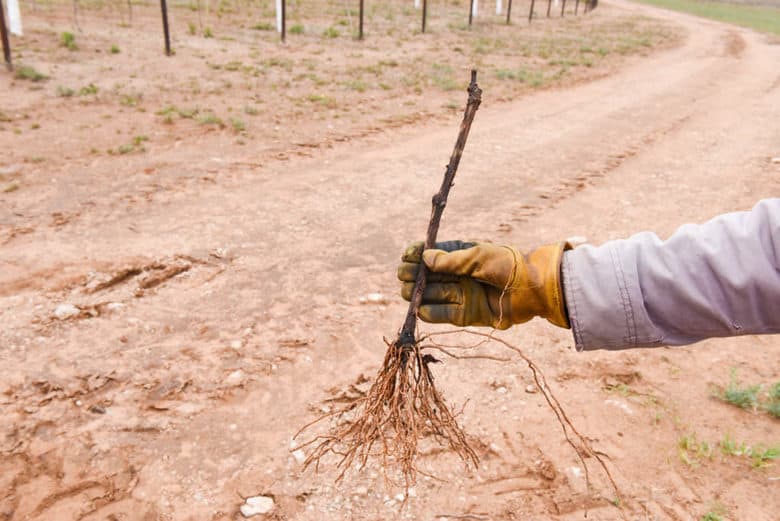 The root stock vines normally grow good roots but do not fruit as well. So, we buy grafted vines with the desired fruit producing vine grafted to the root stock we want. We pick the root stock that has the characteristics needed for our area. We use cotton root rot and nematode resistant root stocks. During planting, we also put in a drip irrigation tape next to the vines that will only be used for 1 - 2 years. We call it the sacrificial tape. Once the vines are older, they will be watered by another tape which goes down the center of the vine rows. This tape will be put in later. This makes the vines reach for the water, developing deeper roots and making stronger plants. On the planting rig is a bin that carries the vines to be planted. One person cuts the bundles and hands the vines to the person planting. As the tractor moves down the row, the person planting is looking for the marks made the night before and places a vine into the furrow at that point.

The wheels on the back help pack the dirt around the vines and get rid of any air around the roots. As planting continues, other people walk behind making sure the vines are in the right spot and covered properly. 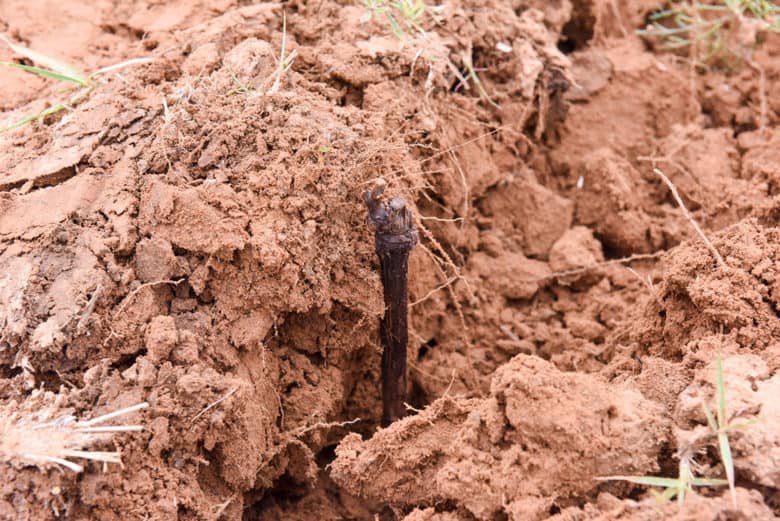 Planting Grapevines 2017 has taken a day and a half and we are still not done! The nursery did not send all the plants, so we have to wait to finish until the rest are delivered. Hopefully, that will be this weekend!