ICF House Progress Being Made! 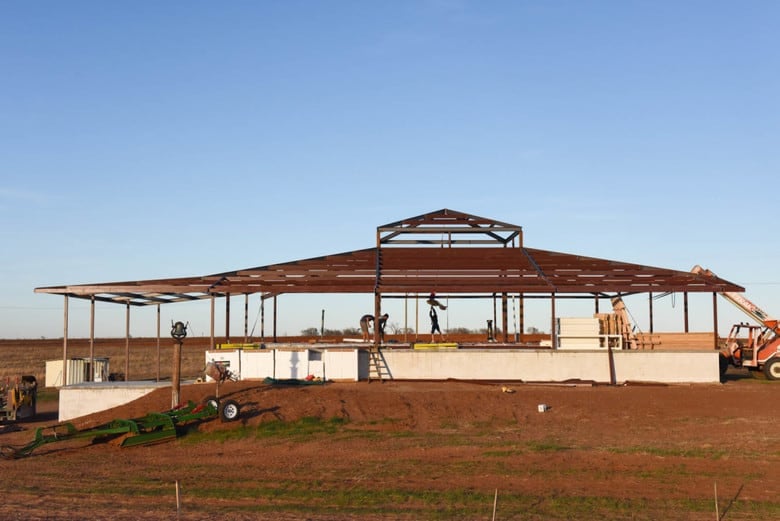 For a chronological listing of our building projects with ICF (or insulated concrete forms), be sure to look through the ICF Building Index. There has  been a lot of activity around here - I'm talkin' progress on the house! I am not naturally a patient person, in fact, instant gratification would be a more true to my nature description. So, it seems like forever since we began planning our home which is what will eventually be the basement. Don't get me wrong, it is nice and we fit. But, a family with nine people (until December when one son got married), living with one bathroom can get tricky! Thankfully, no one spends a long time in the bathroom - they just can't, it is not allowed! Over the past week, the steel frame support for the roof has been put up and you can really see the shape of the house. For time reasons (pruning starts soon!), we decided to have the roofer who built the frame and roof for our barn (also ICF) do the same for the house. And, boy did he come through for us! Our house plans are finally taking shape! On the first and second day, the team of four men cut and welded the center cupola which will be in the center of the house forming the main living room. 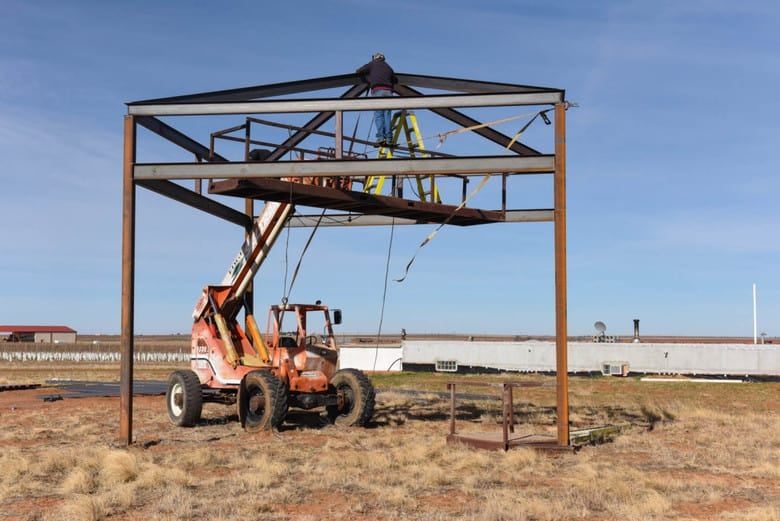 On the afternoon of the second day, a crane was brought in to lift the cupola structure onto the existing roof which is a TPO (thermo plastic olefin) commercial roof that we have held in place with glue, bricks and rods. John and the boys had marked the location on the TPO of the interior pillars that will help support the cupola structure. X's were made to mark the spots and the TPO cut. Underneath the TPO is pink board insulation which was removed so the steel structure could sit securely on the foundation. 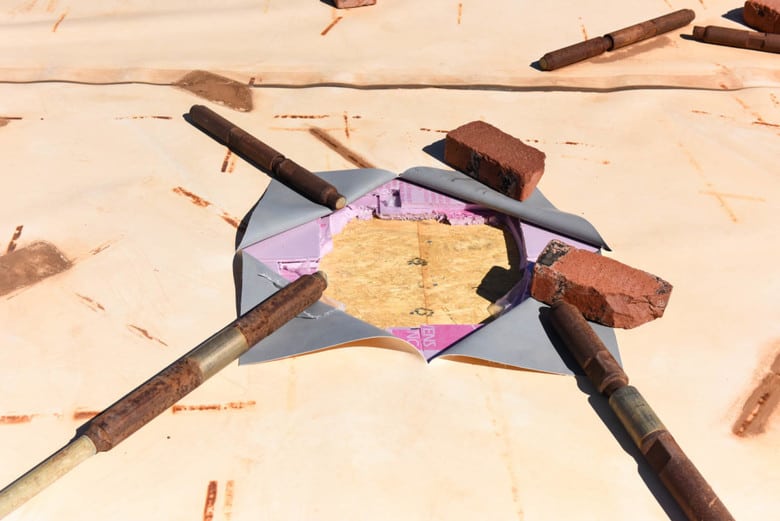 Thankfully, the bricks and rods are not very obvious to the casual onlooker - they just look really bad in these pictures - "redneck" would be an accurate description! But, in our defense, we have very high winds in west Texas so, the bricks and rods help prevent air bubbles which could lift the roof and threaten to tear it off! Anyway, it was always temporary. 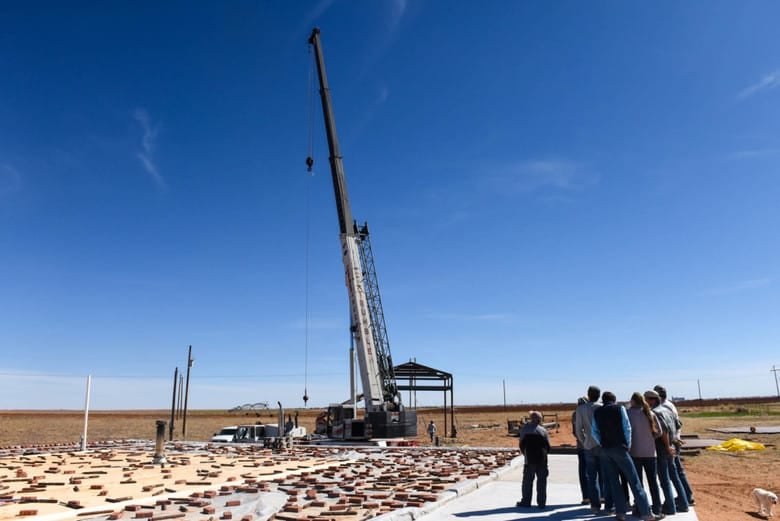 It was impressive to see the cupola being lifted up - I was not the only one taking pictures and praying! 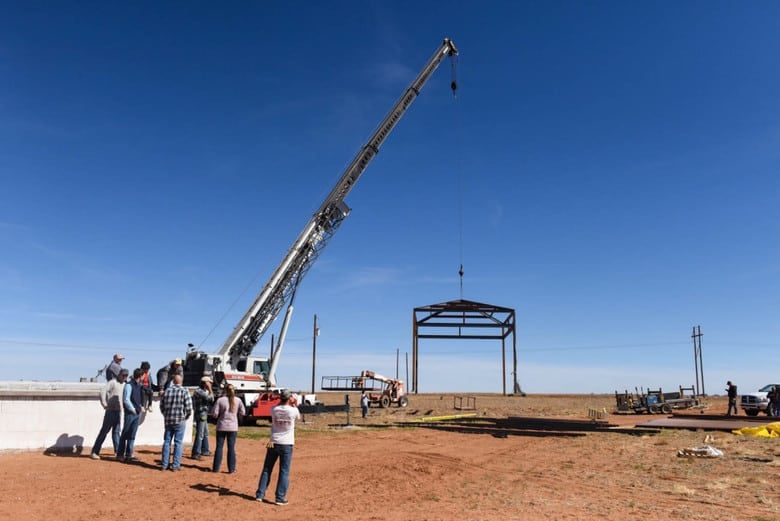 Below you can see the progression from where the cupola was built to being lifted into place: 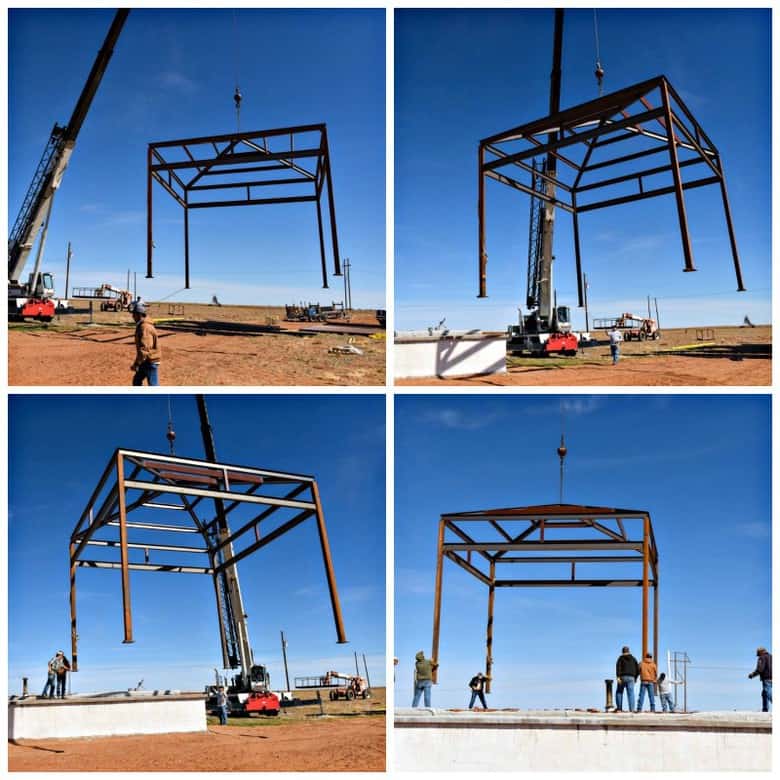 After a bit of measuring and using a sledge hammer to pull the legs into the exact spot over the supporting pillars below, the cupola was then bolted into place. 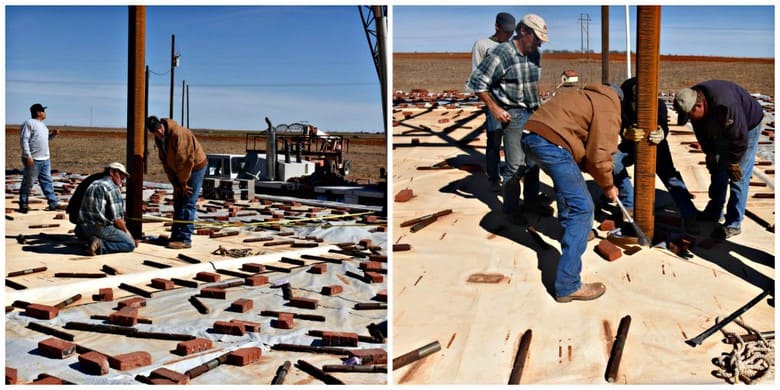 Don't think it was all work and no fun, after all, boys will be boys! Once the cupola was securely in place and the workmen left for the day, a rope swing was hung from the center and the party began! 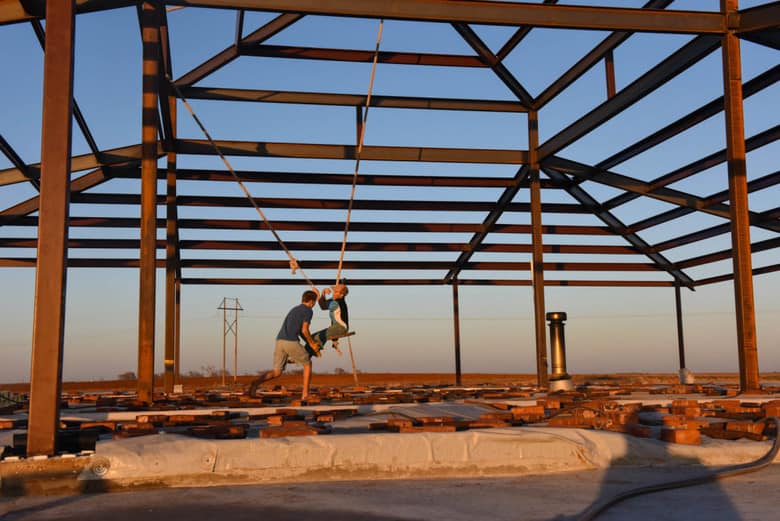 At this point, I must admit the house looked enormous and very much out of proportion. But, on the third day, work began on the rest of the roof. 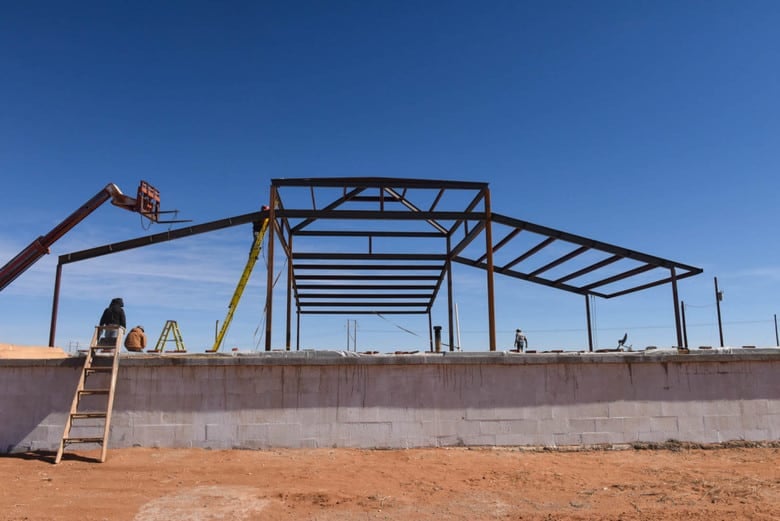 As progress was made, it looked more and more proportionate - more like what I see in my mind's eye! 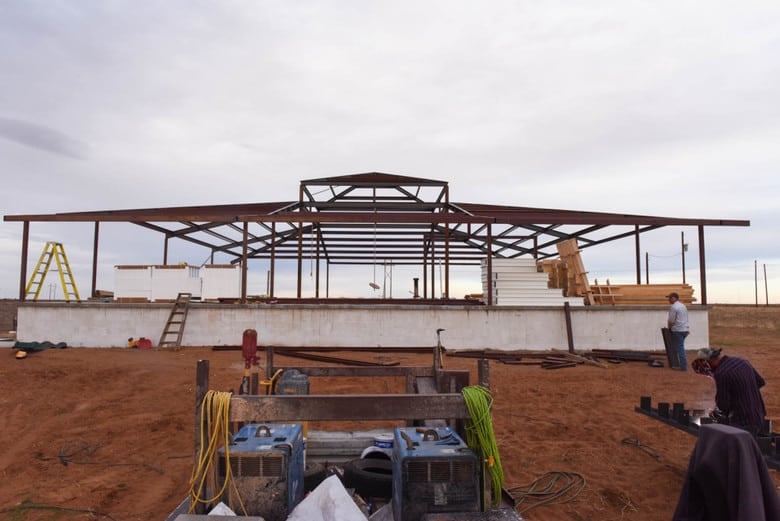 The last step was the deck roof which extends to the west and you can see that in the first picture. Next week we will begin the ICF walls!