Hail Damage in the Vineyard 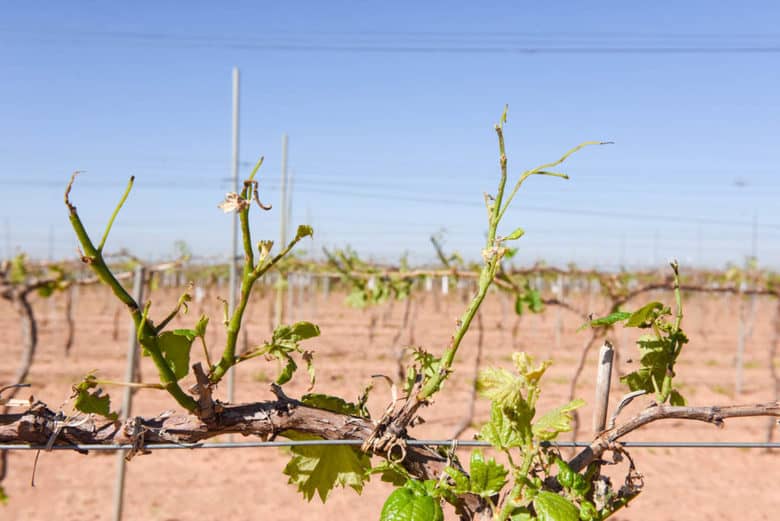 Last Sunday began in an unusual way - it was Resurrection Sunday and we hosted a sunrise service on our patio! It was also one of our son's 12th birthday ! Little did we know the hail damage in the vineyard that was to come! There were storms clouds in the area but according to radar, they were not suppose to hit us. Ooops, the radar was wrong! Not only did the thunderstorm hit, it sat over us for about 3 hours. We had lots and lots of pellet sized hail but it was also as large as 1 1/4 inches! I cannot describe how horrendous is sounded on our metal roof! As I sat listening, I thought the worse that could happen was that we would not be able to finish the house and the guys would have to get jobs to pay for living expenses. It is funny what goes through your mind isn't it? The verse in Jeremiah 29:11 also came to mind: 'For I know the plans that I have for you,’ declares the Lord, ‘plans for welfare and not for calamity to give you a future and a hope.' At this point, we are estimating an 80% crop loss. You can see from the first photo and the following ones, the amount of damage the vines sustained. What were 12 - 14 inch shoots are now 4 - 6 inches or no longer there! 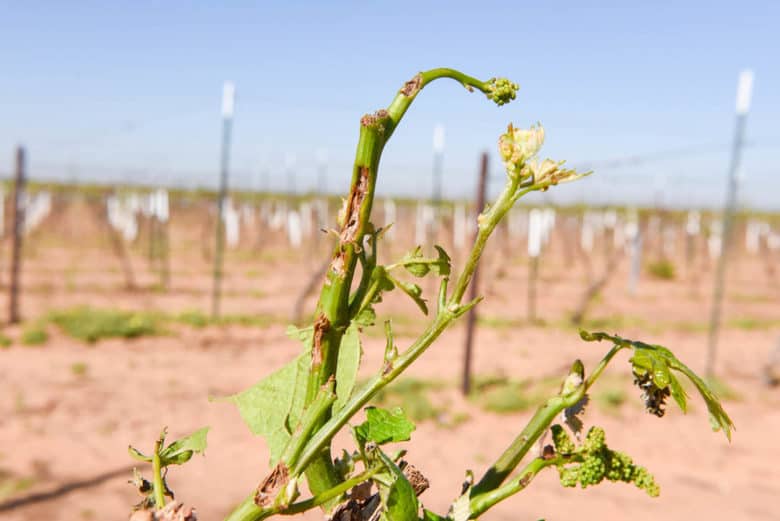 Here is a close-up of the hail damage in the vineyard. The vines have brown spots and wounds that look like a mouse nibbled on them! 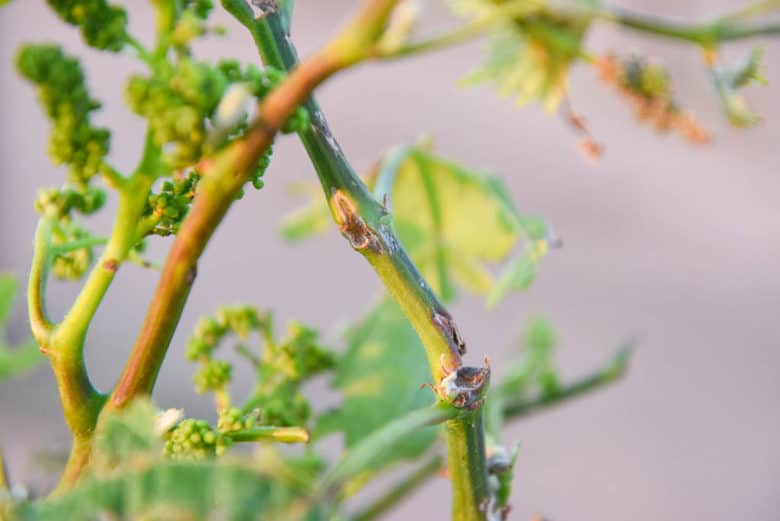 Other vines look like their tips were cut off and shoots broken off. 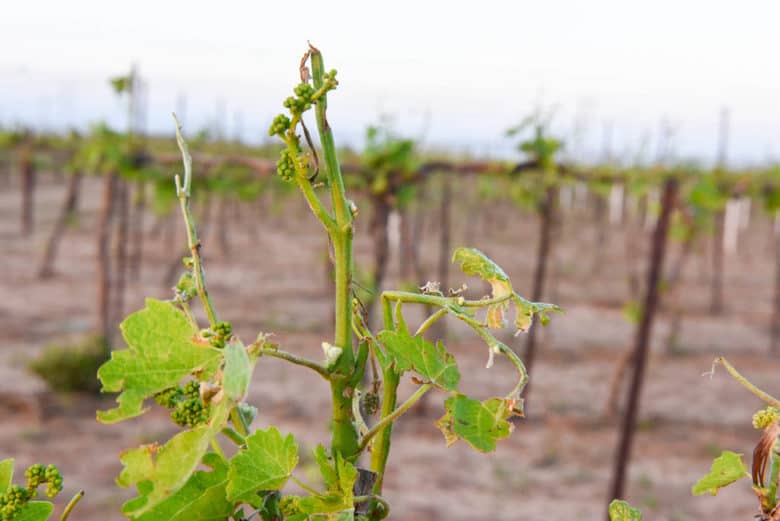 It is exciting that even with the hail damage in the vineyard, the trunks and arms suffered no wood damage. That would mean a lot of re-training and crop loss for a couple of years! In the next couple of photos, you can see some of the new buds that have opened since last Sunday.They have bloom clusters which should yield fruit! These late buds are a result of our late pruning which delays bud break. It really is amazing to see the new buds right next to the hail damage. 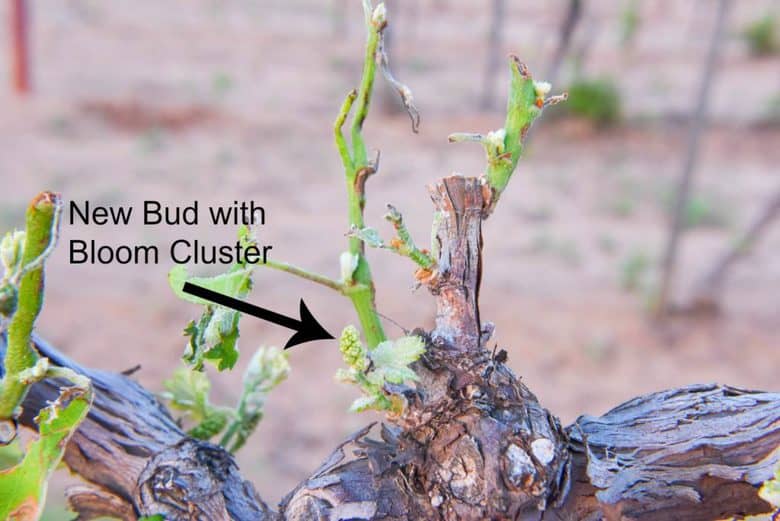 Here are 2 new buds. In the center you can see a spur with a brown circle (sorta like a rose) on it. That was where a bud was, but has been damaged and knocked off. 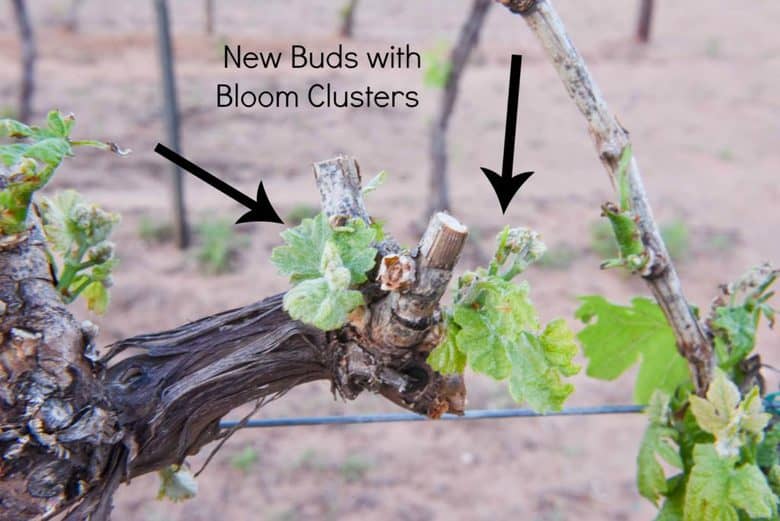 Besides the hail damage in the vineyard, the greenhouse also took a pounding. Below you can see that the roof is now more like a sieve! 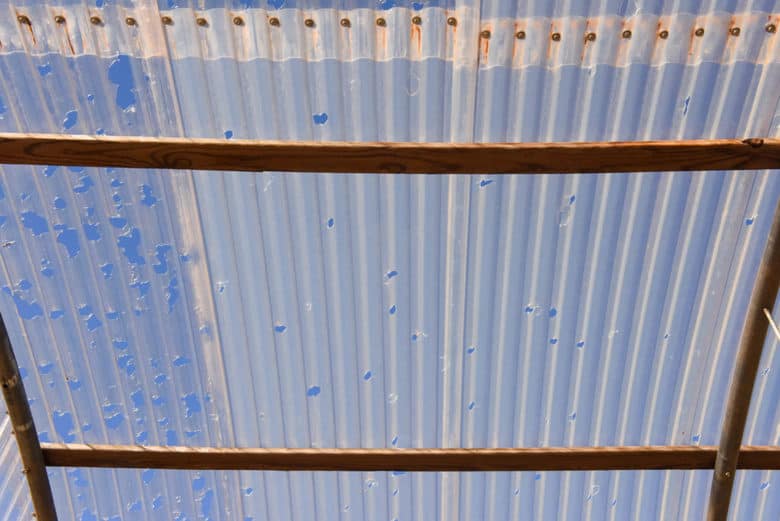 The good news is that the poly-carbonate roof slowed the hail so that we only lost one seedling - a jalapeno pepper plant. 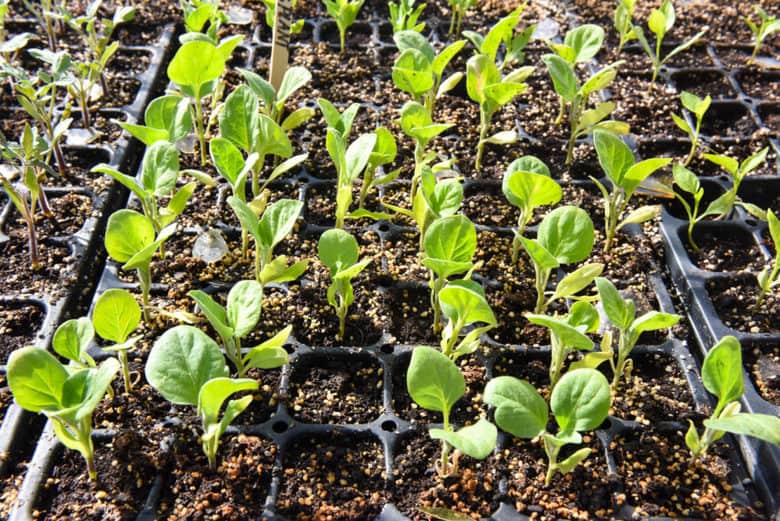 Hail Damage in the Vineyard - What's Next  Work in the vineyard is continuing. With the new planting of Albarino and Roussanne, there is much to do. First, a stick of rebar is placed by each plant and then a carton is placed over it. The cartons protect the young vines from rabbits and also help focus their growth upward. 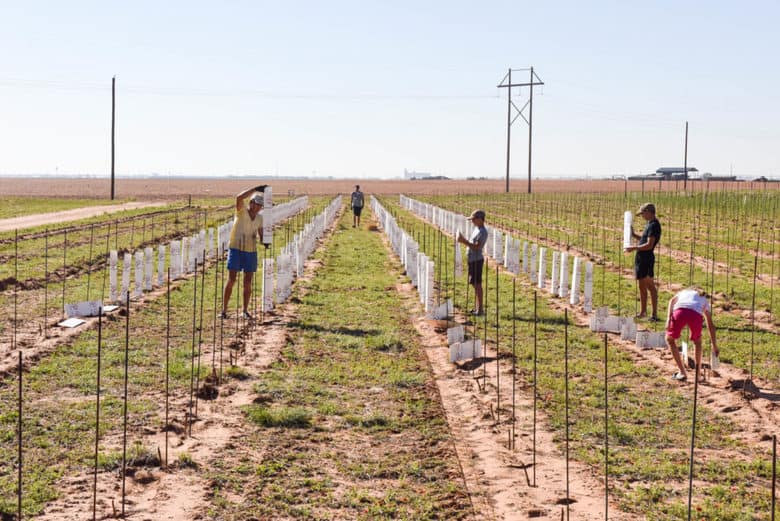 The cartons come flat and each carton must be opened individually. They are then slid over the rebar which helps support it in our high winds. We have used bamboo sticks in the past but they tend to break and fall over in the wind. 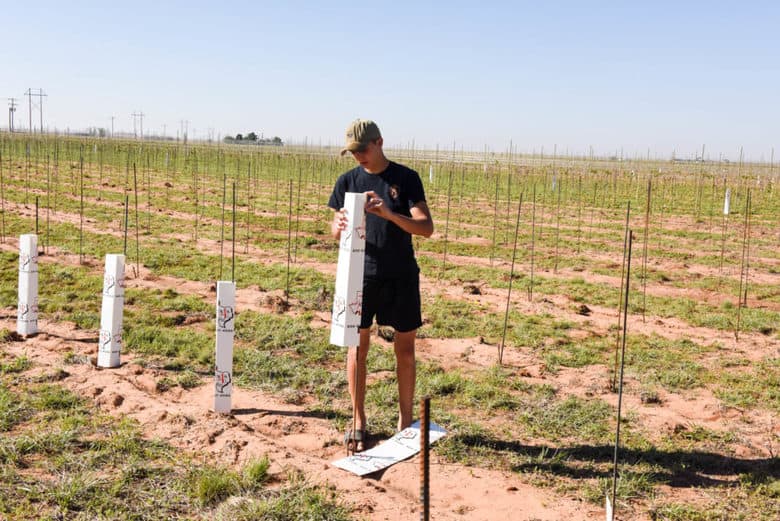 After only being in the ground for about 10 days, the new vines are already beginning to push buds! We are so thankful that we did not plant earlier - the new shoots would have been devastated by the hail! In the photo below, the arrows point to the new buds and you can see the stick of rebar behind the vine. 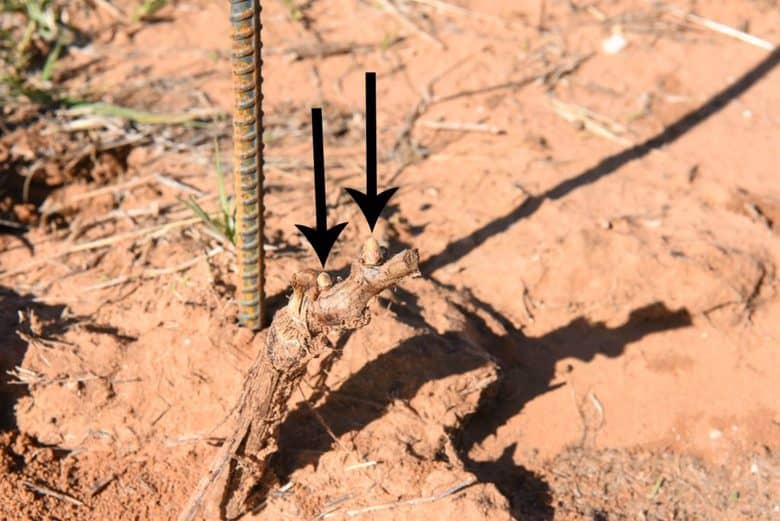 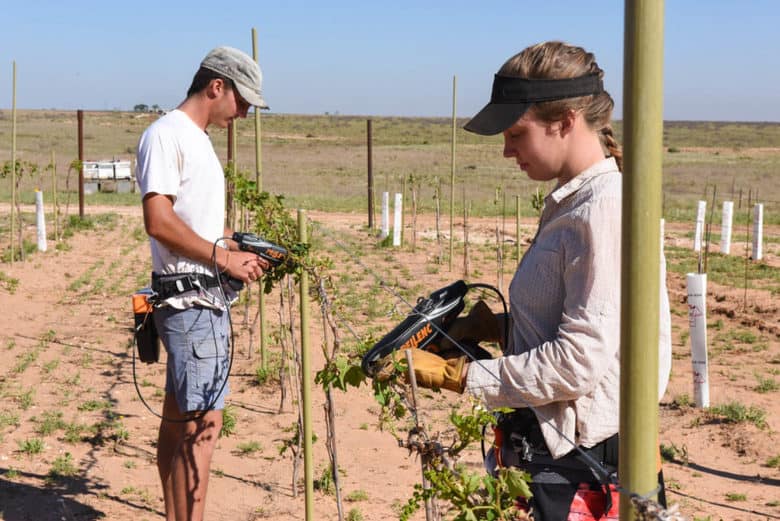 The house also sustained minor damage to the exterior EIFS. I did not take pictures and it will be a matter of time to reapply the color coat. This has definitely been a week of trusting God and remembering that He is in control and is taking care of us! For me, it has also been an exercise in letting go of my expectations. The vines were so loaded with fruit that I had the house finished after harvest and moving upstairs next spring or summer! I know that any plans that I might make or have, God's are much better than mine. So, it will be exciting to see what He has in store for us! How about you - when was the last time you had to let go of expectations? Leave a comment - it is always encouraging to hear how others are handling God's character building!