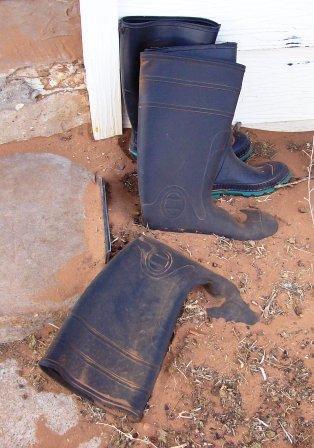 When we moved from southern Alabama, one thing I was not sad to leave behind were the hurricanes. Witnessing their destructive capabilities and having lived through the  howling winds as one made its way over head, I gladly said goodbye to them!

While not to be compared to the life threatening possibilities hurricanes possess, west Texas certainly has wind! Last week we had two days of "strong wind" (50mph) and one day of "lighter winds" (20mph). The pictures show that when the winds blow, our neighbors' fields are deposited at our doorstep! From milking boots to bicycles, it all gets covered.

Not only that, but it comes in the windows - they do not seal well in our rental house, so we are forever dusting - or should be at least! When our house in Alabama does sell and we build here, we are going to have good windows. I hate dusting:) 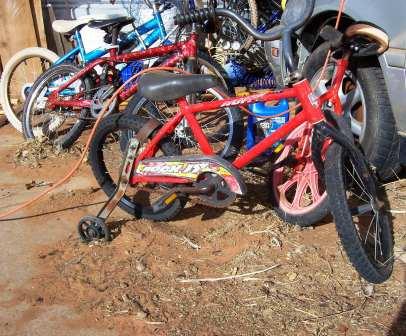