A One Dog Family

I have blogged several times about our Pembroke Welsh corgis, Sophie and Scruggs and their puppies. They have been family members for 8 years now. I also described the ordeal when Sophie tangled, about a year ago, with a coyote and her recovery. That, along with the loss of a litter of puppies a couple of months ago, really aged her. 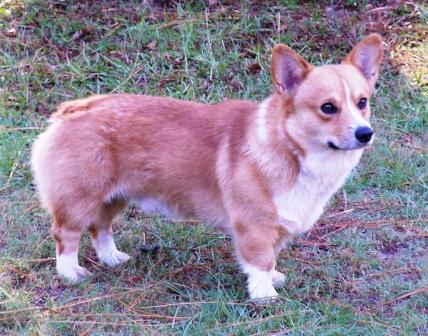 Unfortunately, Sophie began to be unappreciative of the attention shown her by our little ones. She began growling, but thankfully, never bit anyone. Before someone was bitten, we felt it best to find a quieter retirement home. Since they had been together from puppyhood, we thought the transition would be easier if they were together. After speaking with several people, a couple without children who had always wanted corgis showed up. Sophie and Scruggs went right to them and seemed to know what was happening. They did not even whimper! What is wrong with this picture? I was the only one crying! Oh well, they have a new home in which they are king and queen and - we have Squiggles. 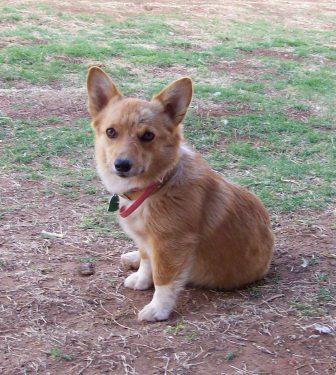 Squiggles is a puppy from Sophie's litter born  Aug. 4, 2010.  She is a red and white corgi, like her father, and very loving. She has adapted well to being an only dog. In fact, I think she loves the attention and spoiling she gets!