Unrest in the Barnyard 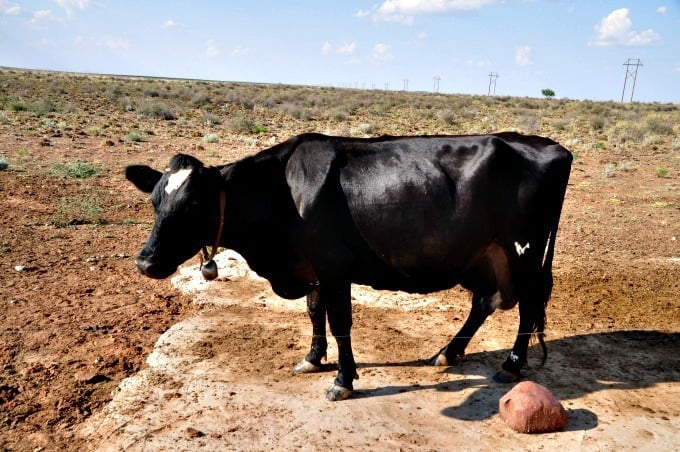 If you follow our story, you already know that last week we sold Buttercup, one of our family milk cows. It was definitely a more emotional experience than I was expecting. I cried. Some of the children cried. And, the other cows cried. Really! Brisket and Emme moooo'd off and on all night and even the next day! It definitely caused unrest in the barnyard! Buttercup was, after all, our very first family milk cow. Stubborn though she was, she certainly won our hearts! We originally purchased Buttercup to save money. Even with the cost of hay (at that time we had not moved to the vineyard and put her on pasture) and grain, we saved money making cheese, yogurt and kefir - we had more dairy products and not to mention, better quality for less money each month. We have just reached the point that we do not need so much milk. Having two family milk cows has its advantages but also its disadvantages - like too much milk! Being 4 months pregnant, Buttercup and Emme (who is 5 months pregnant) will calve during the time we prune the vineyard. When freshened, (that is the term used when a cow has a calf and she begins producing milk) Buttercup, who is 1/4 Holstein and 3/4 Jersey, gives 8 gallons of milk per day! That was really the deciding factor for which cow to keep. Emme on the other hand, being full Jersey, freshens at 6 gallons per day. Together they would give 14 gallons of milk per day - that is a LOT of milk. I would be making cheese all the time! As much as I enjoy making cheese, I don't want to do it all the time! So, after much family discussion, the decision was made to sell Buttercup. I placed an add on Craiglist for a proven family milk cow, Friday after the vet verified her pregnancy and she went to her new home on Monday. It all happened so quickly! A lady who lives a couple of hours away called in the morning and came in time for milking on Monday night - we milk at 6 pm. She had a family milk cow as a young girl and wanted another. We have a milking machine but she planned to hand milk and wanted to make sure she was able to do it! After giving it a try without any problems, she watched as Buttercup had her last milking with us. 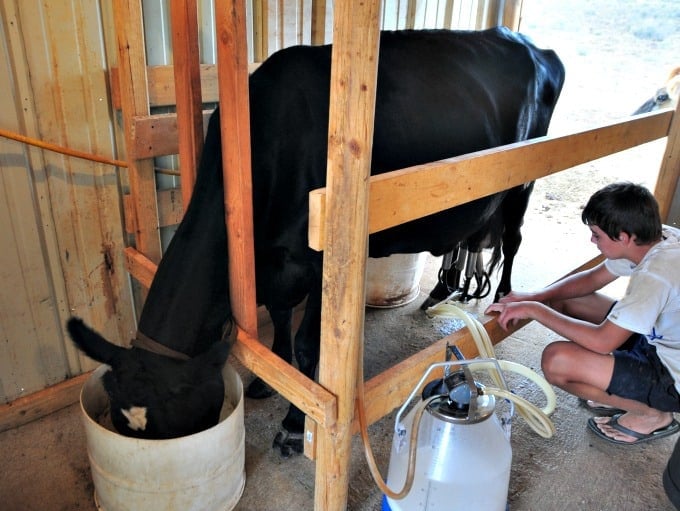 Once milking was completed, she was fed a little extra grain and was easily coaxed into their trailer.

It was as if she knew she was off to new adventures - she turned around, looked out the window and mooed at us!

Then came the last goodbyes -this is where I lost it! Several of the children climbed up, petted her face and said goodbye. As she drove off, she was mooing, the other cows were mooing and, I was crying! 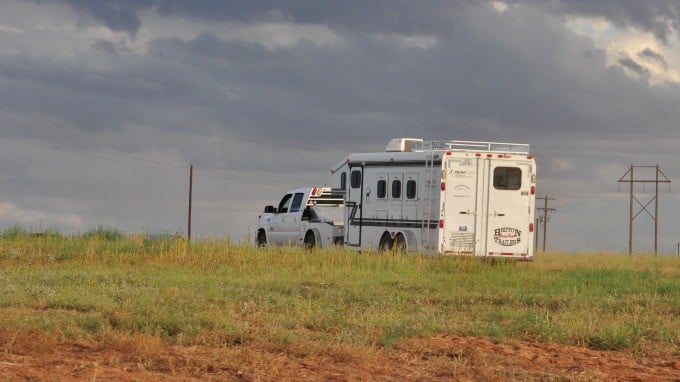 I would never have believed that I would become so attached to a cow! We have had a lot of laughs with Buttercup. Like the time she got into the garden and was caught eating tomatoes - as many as she could! Boy, did she like tomatoes! Then there was  the birth of her second calf, Brownie. We really had relaxed with Buttercup by then - when she had her first calf, we were so nervous that as soon as we knew her time to calve was close, we sat outside in lawn chairs, watching her. We actually  moved around the yard as she did! Poor Buttercup, she couldn't deliver the calf for all the on-lookers!!! But, finally she did and all went well. And, last year she birthed LBC - Little Brown Calf, who really should have been named LBS for Little Brown Steaks! LBC is by the way, growing nicely in the pasture. I never knew cows had such personalities but Buttercup taught us that they do and they definitely become part of the family - so to speak!