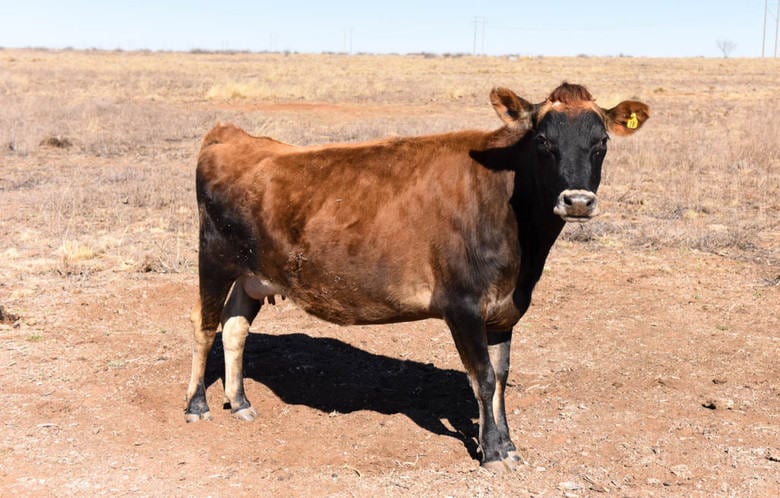 We have a new family milk cow and her name is Margie! Our barnyard is once again complete. Margie is a full Jersey and seven months pregnant - she will deliver around March 20! She is a smaller Jersey cow but seems to have a calm disposition which is typical of Jerseys. We bought our new family milk cow through a raw milk dairy that is about 45 minutes from us and her previous owner delivered her right to our pasture! As you can see, she has a yellow tag in her ear which we will remove. Tags are used to distinguish between cows with information such as birthday and breeding information - it is painless to remove them. 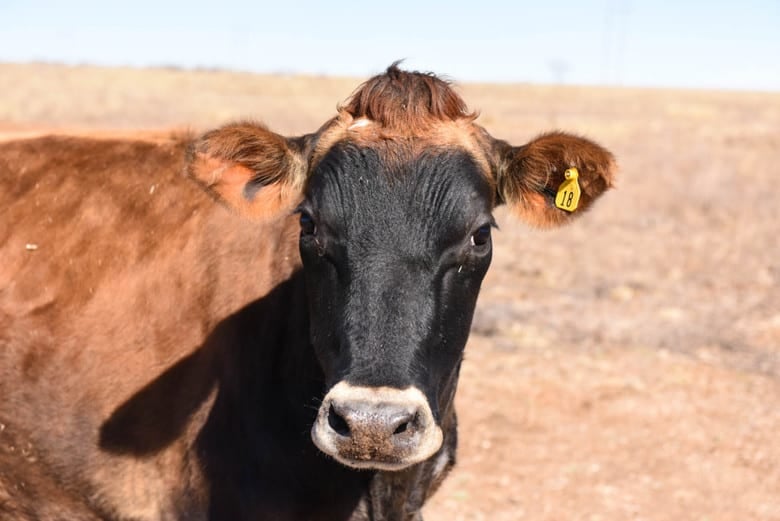 Margie has settled in nicely over the past two days but was understandably scared at first. Poor thing, she could not figure out what we wanted her to do when it came to milking time! Everyone was talking to her and telling her but, with so many people, it was just plain confusing. Once in the milking parlor, she tried kicking a few times but finally calmed down and enjoyed her feed ration during milking. She only gave four cups of milk since the dairyman was already drying her off. Drying off a cow is the process of slowly stopping the milking. You cannot just stop milking a cow because just like a nursing mother, the milk supply must be decreased slowly or engorgement and infection (mastitis) can occur. When dried off, the cow has a period of time to rest from milking and just be pregnant and give nutrients to the growing calf. Normally, a cow is dried off 4 - 6 weeks before the due date of the calf. Any longer encourages a larger than normal calf which could lead to delivery problems. 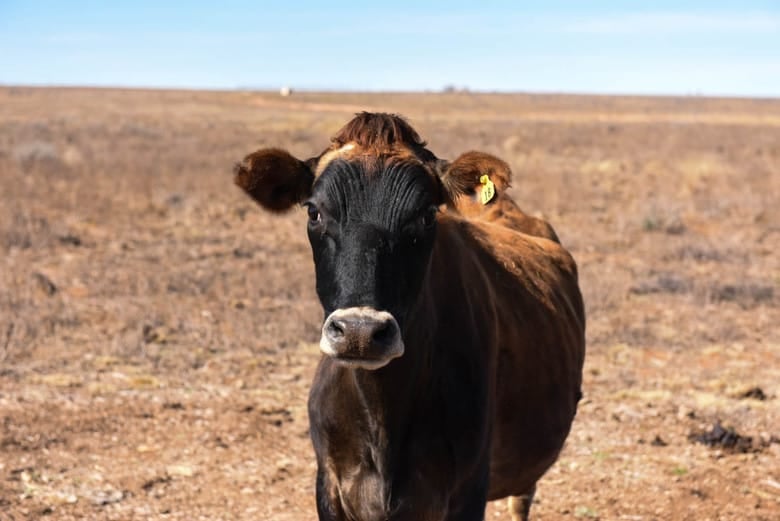 During the drying off process, Margie had been milked every other evening. We are planning to milk her daily for a few days so she will become comfortable with our milking parlor routine. The freshening period will begin after she calves and is the time when she begins producing milk. For us, this means milk is abundant, cheesemaking begins and raw milk ice cream dinners are on the menu! She will produce the greatest amount of milk during this time. Margie will probably freshen at about six gallons of milk per day. After about a month, the milk production will slow to 3 - 4 gallons per day. We will continue to milk Margie for about two more weeks before drying her off and waiting for the calf to make his or her appearance.