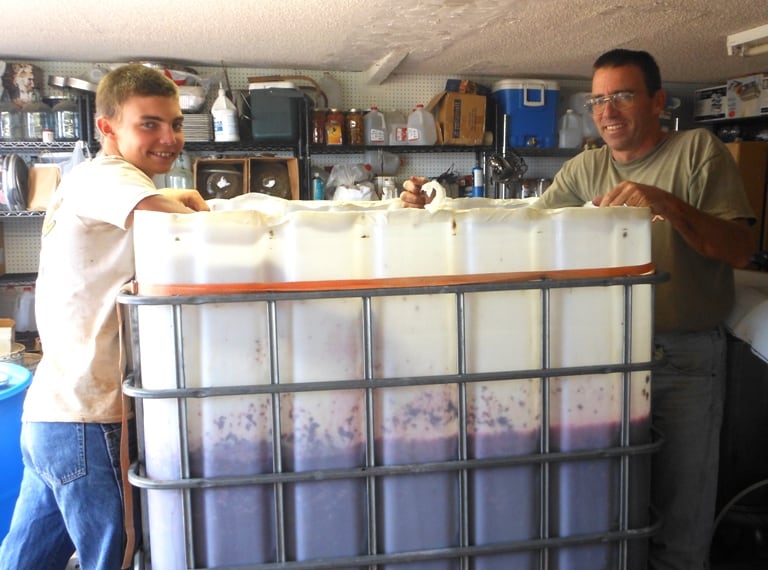 After last week's Montepulciano harvest, we gleaned the vines and have ended up with enough grapes to make 80-90 gallons of wine! Lest you worry that we have a problem, we will use much of it as gifts and this is still well below the legal limits. Someday, we would like to begin a winery adjacent to the vineyard, so this is good practice for the really big batches to come!   Instead of being garage winemakers, our fermenting is done in the shed behind the house. Open wooden casks would be neat to use, but we don't have access to any. So we are using a plastic tote container - which is a step up from the open plastic drums we used to use. Once the grapes were crushed (using a friend's hand-cranked crusher), they were placed in the tote - which had been modified to fit through the door. 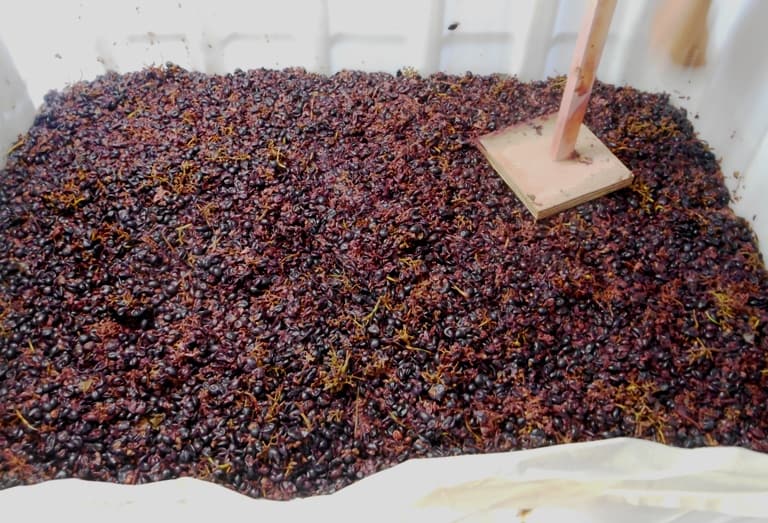 The top of the metal cage around the tote  was cut off and the top of the plastic "bottle" was also cut off and inverted to become the lid. Potassium metabisulfite was added to kill off any bad bacteria and wild yeast and the mix was allowed to set for a few hours. A special yeast (from a commercial winery) was then added and the inverted lid was taped closed to keep the bugs out. 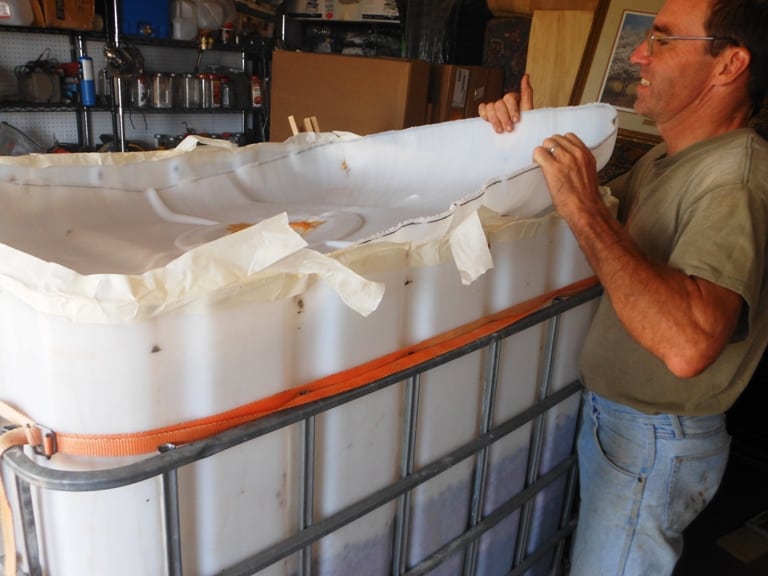 Daily the grapes (now called must which includes the skins, seeds and rakus) are "punched" down with a wooden tamper. 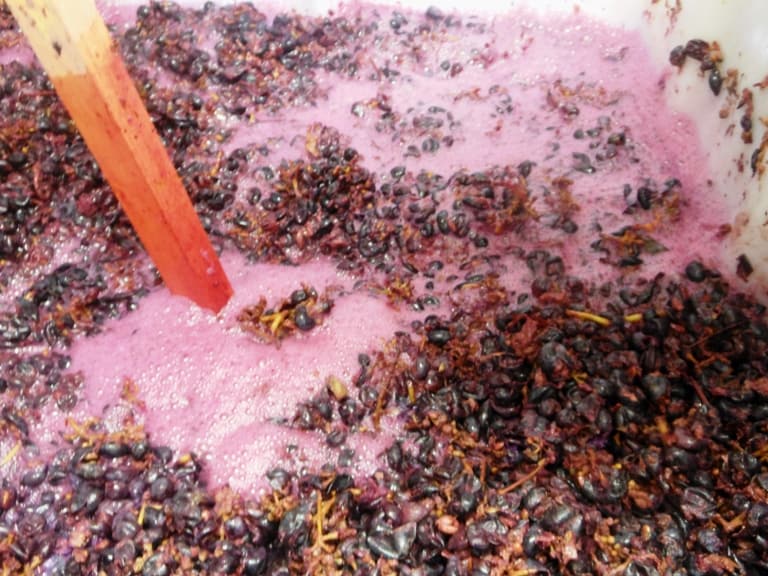 The yeast acts upon the sugars to generate alcohol and carbon dioxide (CO2), just like with bread. In bread, the CO2 causes it to rise. In wine the CO2 lifts the skins up into a foam cap. This cap must be punched down to maintain the skins' contact with the liquid to extract the color and flavor from the skins. 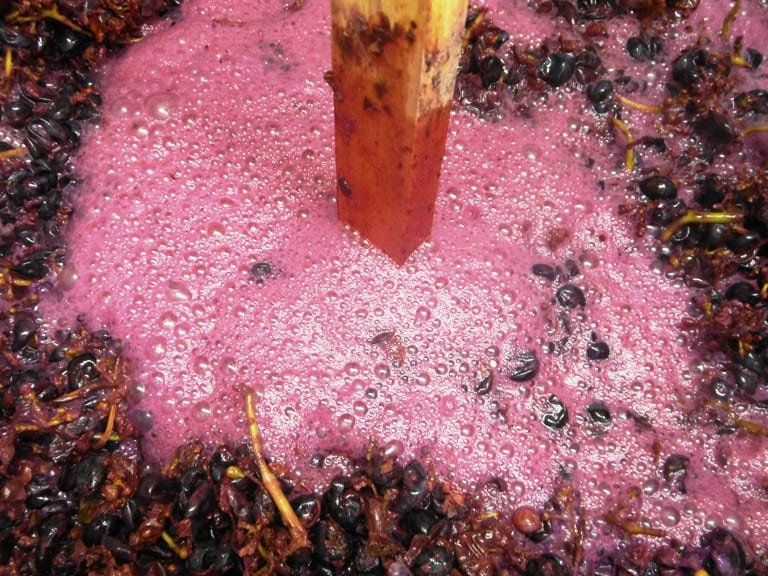 After the foaming has stopped, the grape skins, seeds and rakus will be separated using a wine press. The young wine will have to be decanted away from the settling particulates multiple times and then finally bottled. Once bottled, we will allow it to age as long as possible before we drink it and give it away. From past experience, it is difficult to wait!