Ducks for the Farm 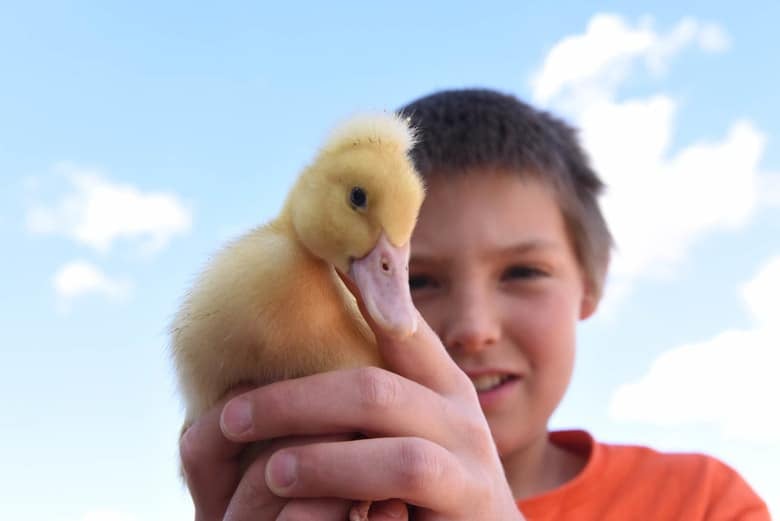 What's not to love about ducks and ducklings? The ducklings are so cute with their wide little beaks, their squeaky voices and of course, their little waddle! I have wanted ducks for quite awhile because they are so cute! I think my fascination with ducks was fed when I read the book by Eliot Coleman, Four Season Gardening, which really inspired me to plant a winter garden in the greenhouse. In the book, he mentions preferring duck eggs over chicken eggs. That got me started - two years ago! Imagine my surprise when a friend told me she had purchased ducklings at Tractor Supply. I thought that this was my chance and I went to get my ducks! I fully intended to get two but, when I got there, they had three different colors and I couldn't decide. So, I got two of each color! Yes, we now have six ducklings! Two yellow (which will turn white), two black and two grey. Goldilocks is the most distinct - you can see her in the trough swimming, she has the little tuft of yellow down on the top of her head. I say "she" but I really don't know if she is a boy or girl - she just looks like a girl! 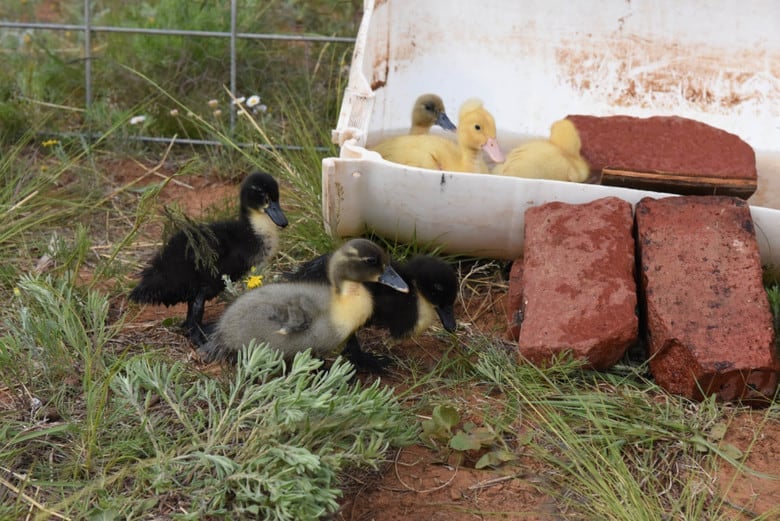 For now, we have a small trough of water for them to swim in with brick ramps so they can easily get in and out of the water. Even though we change the water frequently, they poop in it so it gets dirty quickly! 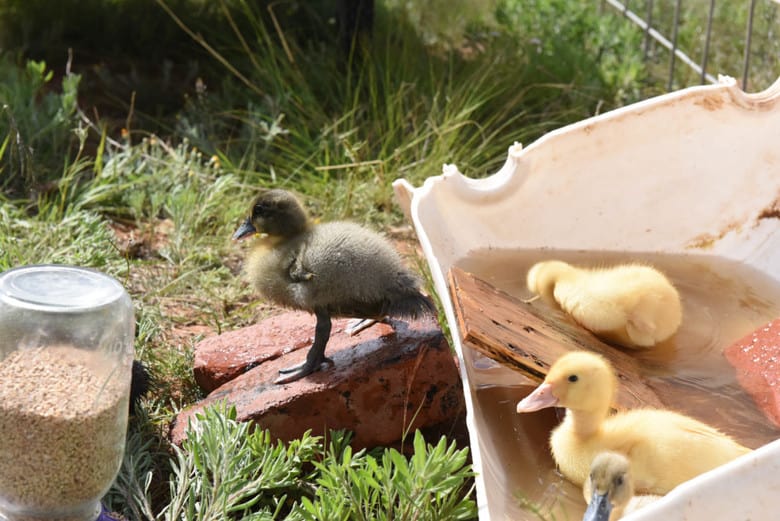 We started out keeping them inside in a guinea pig/rabbit cage that we have. The nights were still a bit cool and they were so little! But, in a matter of about a week and a half, they had outgrown the cage and needed more space. 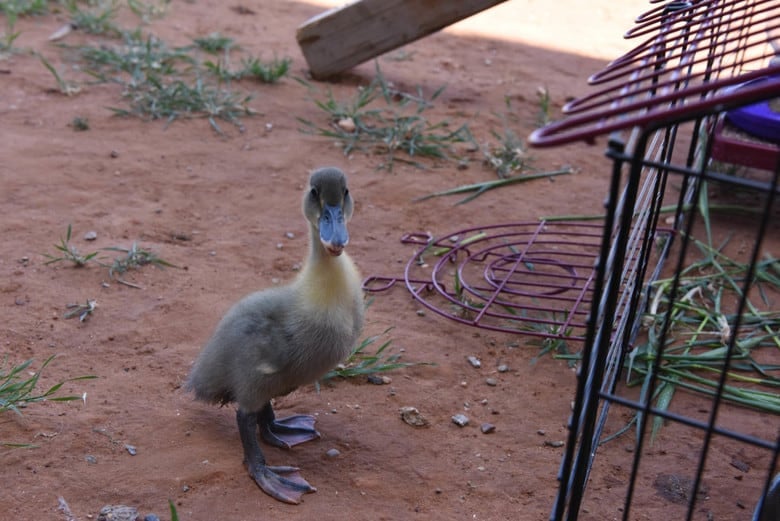 If you have ever heard a young rooster beginning to crow you will understand how squeaky their quacks are - they sound like a boy going through puberty whose voice is changing! You can see how they are growing and the two yellow ducklings are losing their yellow and turning white. 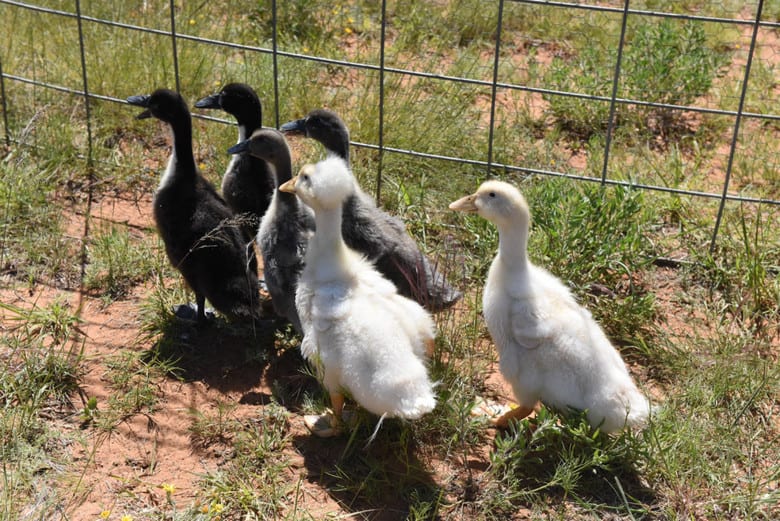 Now, look how they've grown in six weeks and they are sounding more and more like ducks with their quacking! Goldilocks, who is now white, still has her little cap on her head - she is standing on the left in the photo below. 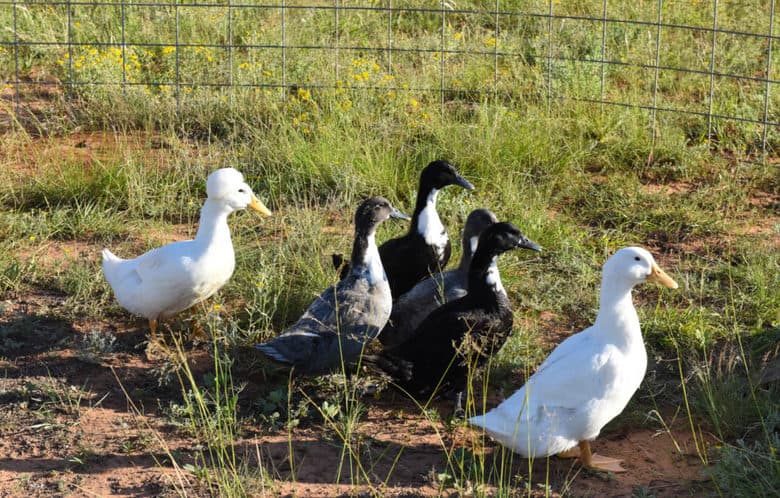 Shortly, we will be making a small pond for them using a pool liner that we have and making their pen even larger. They are growing very quickly but are still so cute as they waddle around! Have you ever had ducks or tried duck eggs? I would love to hear your experience!