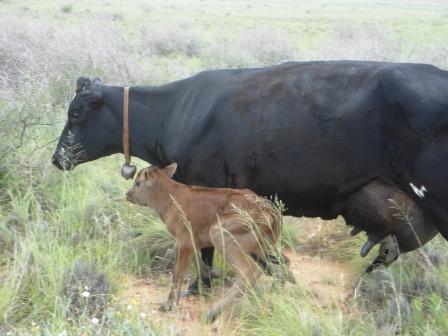 You know the saying, "a watched pot never boils"? Well, a watched cow never calves - until she is ready that is! We have been watching Buttercup very closely for the past 3 days because she was showing signs of being close to calving. We were preparing for church on Sunday and just glanced in the pasture, saw her standing and looking normal so we did not bother going out for a closer look. Evidently, she was about to calve because when we returned home, he was here -a light brown bull calf! So, we named him LBC for Little Brown Calf. Both mamma and baby are doing great. As usual, the first milking was difficult. She is tender, swollen and does not want anything to do with the milking machine. John (because I am too scared to get so close to her well aimed kicks) began by hand milking and then was able (with help from the boys) to hook her up to the milker. After the first couple of milkings, she calms down and everyone begins the milking rotation. Until then, John is present at all milkings to help. 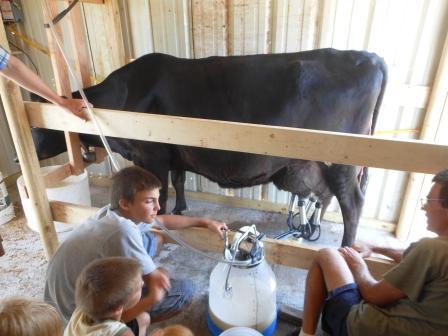 LBC is taking the colostrum very well from the bottle. Needless to say, everyone loves feeding him! 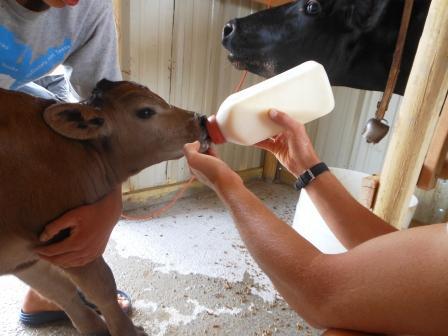 For now, we are milking Buttercup twice each day, freezing the extra colostrum and looking forward to her milk coming in which means 8 gallons of milk per day!