As mentioned in New House we had picked out a spot for our new house - Now we have officially broken ground! For a chronological listing of our building projects with ICF (or insulated concrete forms), be sure to look through the ICF Building Index. Until our house in Alabama sells (or our grapes are in full production), we plan to build the basement and live in it. It will actually be larger than the rental house we are in now! After a few plan modifications, I think we have a very workable, comfortable living space designed. After several unsuccessful attempts to have someone do the slab for us (digging out, forming and then the concrete work), we decided that John would do it himself. I had a backhoe lined up to be delivered Monday. But then, last Thursday, in our mailbox was a card advertising concrete work. After calling the number, the man came out on Friday and looked the site over. On Saturday, he called with an estimate and on Monday, he started. He was actually not much more expensive than we could have done it ourselves. I checked all the prices - backhoe rental, concrete and then there was the wood to form the slab, rebar, nails, plastic.... and most of all time! 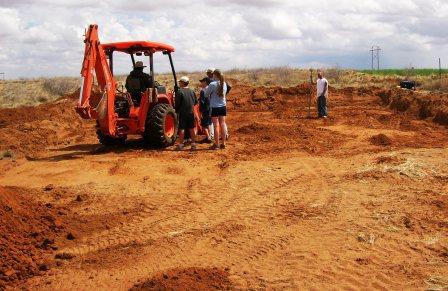 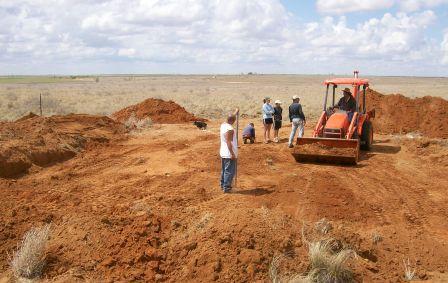